The Lee County Homeless Coalition is an advocacy group made up of individual stakeholders and agencies who are engaged to ensure that homelessness is rare, brief, and one-time. The Coalition represents the Continuum of Care, a local planning body that coordinates housing and human services funding for homeless families and individuals. Once per year the Coalition, with the help of many volunteers, conducts a Point in Time (PIT) census to count the homeless and provide data to the U.S. Department of Housing and Urban Development (HUD). The PIT count is also used to gather the information that allows local service providers to target services to meet the specific needs of the homeless in our communities.

The PIT count, which asked people where they slept the night of January 26, 2021, included both sheltered and unsheltered homeless individuals and families. The PIT count documented 394 homeless persons, of whom fifty-seven (14.47%) were chronically homeless according to the HUD definition. HUD defines chronic homelessness as “an unaccompanied adult homeless individual with a disabling condition who has either continuously been homeless for a year or more or has had at least four episodes of homelessness in the past three years.” Among the 394 homeless persons surveyed, 29.44% percent reported having a disabling condition. Also, among the 394 were thirty families with sixty-five children. There were 39 veterans recorded in the PIT count, 35 of which were active in a Rapid Rehousing program working with a case manager to obtain housing. Data obtained through the Lee County Homeless Management Information System (HMIS) and PIT count found that during the year, there were an estimated 2,789 people experiencing homelessness in Lee County.

Housing and service programs for the homeless are provided in part through Continuum of Care funds from HUD. The 2020 Continuum of Care funding announcements were made in January 2021. Lee County was awarded funding to sustain existing programs and begin new programs that provide housing and services to persons experiencing homelessness. These programs are operated by Lee County Human and Veterans Services, Community Assisted and Supported Living, Lee County Housing Development Corporation, Jewish Family and Children Services, Saint Vincent de Paul, Goodwill Industries of SWFL, and The Salvation Army. The total awarded amount was $1,997,727. 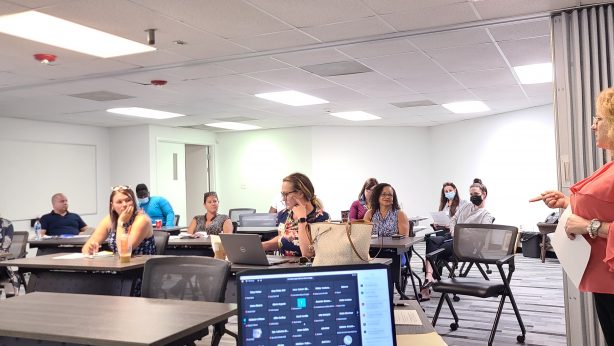